Beresford Residential are proud to sponsor our Senior Property Manager Karl who will be running his third London Marathon in 2017. He will be fundraising for the YoungMinds charity as part of the Heads Together campaign which has been selected as the 2017 London Marathon Charity of the year.

In 2017, our Senior Property Manager Karl will be running his third London Marathon and fundraising for the YoungMinds charity for whom he also ran in 2015.

This time round YoungMinds are partnering up with the Royal Foundation along with six other charities as part of the Heads Together campaign which has been selected as the 2017 London Marathon Charity of the year.

Heads Together, which is spearheaded by the Duke and Duchess of Cambridge and Prince Harry, is raising awareness about mental health and working to end the stigma surrounding mental illness.

As part of the campaign, Karl has already met the three Royals and participated in the launch video which can be watched here. Over the course of the year Karl will participate in various projects to help build awareness about mental health, and he will go on to represent YoungMinds in the 2017 London Marathon.

“YoungMinds is an important charity to me for many reasons and a charity I have worked with for three years now. I hope to continue to help build awareness on mental health and am thrilled to be representing such an amazing charity.”

If you would like to make a donation to YoungMinds and help support the Heads Together campaign, please visit Karl’s Virgin Money Giving page.

We thank you in advance for any support that you can give. 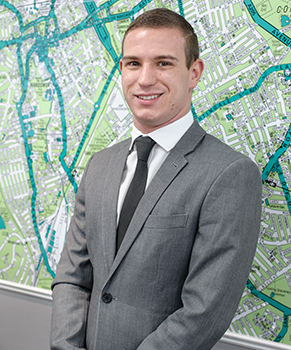 View all properties for sale

View all properties to let

"As a solicitor it is so important to be dealing with an agent who is actually proactive in bringing the matter to a successful conclusion. That is precisely what Shirley did."