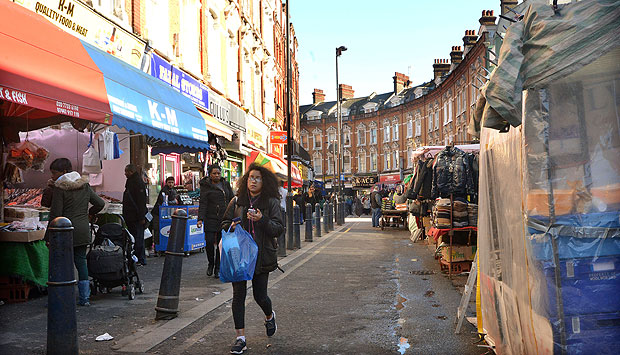 What a spectacular twist of fortune. The once scary south London suburb of Brixton is now worried about the pace of gentrification. Only two weeks ago a petition did the rounds protesting at the eviction by Network Rail of long-standing traders from the railway arches under Brixton train station.

The area has changed beyond recognition in just five years. It is called the “Brixton Village effect”. A failed property speculation had justify the owners of the Granville Arcade off Coldharbour Lane with a near-empty covered market. In an attempt to revive its fortunes, the owners offered start-up businesses the chance to occupy a unit for free for six months. It was genius. Many failed, but lots of new and innovative cafés, bars and restaurants survived.

The Lowdown: Everything you need to know about Brixton

Brixton Village and the surrounding covered markets have become one of London’s trendiest foodie destinations, but now Brixtonians worry that it has gone too far, with long-standing traders, selling yams and calves’ feet, being forced out by rocketing rents.

Most of the young people who pour into Brixton at the weekends are too young to remember the riots of 1981 sparked by the indiscriminate use of the “sus” laws on Brixton’s young black inhabitants, or the later riots of 1985 and 1995, although the disturbances of August 2011 might have given their parents in the provinces a sleepless night or two.

Brixton is still the spiritual home of Britain’s Afro-Caribbean community. The Windrush Generation first came to Britain in the late-1950s. Although it seems incredible today, many were first housed in the vast underground shelters under Clapham South underground station. They ended up in Brixton because that was where the local employment office was. 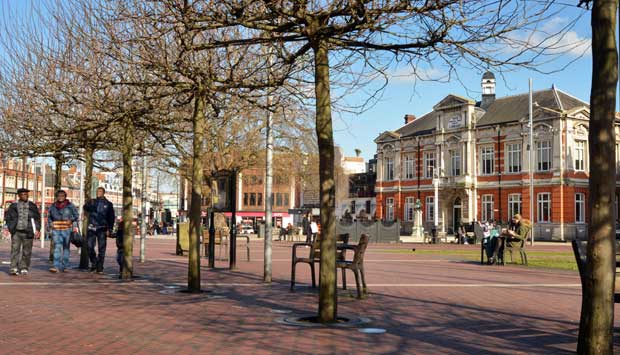 The new public square in front of the Ritzy cinema, the Tate Library and the newly opened Black Cultural Archives in the town centre was named Windrush Square in memory of this first wave of post-war immigration. Brixton is five miles south of central London. The A23 London to Brighton road runs through the centre; with Kennington to the north, Camberwell to the east, Streatham to the south and Clapham to the west.

What there is to buy in Brixton

Brixton has mainly Victorian and Edwardian houses; the larger ones have been split up into flats, and most of the smaller ones are now single-family homes. There are also  “right-to-buy” flats on Brixton’s  many council estates that represent the best value for money in the area.
The most expensive home currently for sale is in Blenheim Gardens, close to Brixton’s picturesque windmill. Part of a gated mews converted from a former factory, the loft-style house has three bedrooms, a roof terrace and more than 2,500sq ft of space; it is for sale for £2.15 million.
Another unusual house is this school conversion in Canterbury Crescent behind Brixton police station. It has three bedrooms, a small garden, nearly 2,240sq ft of space and is for sale for £1.79 million.
Some of Brixton’s loveliest houses are found in Trinity Gardens, a conservation area tucked away behind the centre of Brixton. This house in Trinity Gardens has three bedrooms and is on sale for £1.195 million.
Average prices: buying houses and flats in Brixton
One-bedroom flat: £363,000
Two-bedroom flat: £485,000
Two- bedroom house: £833,000
Three-bedroom house: £855,000
Four-bedroom house: £988,000
Source: www.Zoopla.co.uk

Brixton is at one end of the Victoria line with the advantage that commuters can get a seat in the morning. There are also trains from Brixton to Victoria that take nine minutes. Loughborough Junction is on the  Wimbledon loop line with Thameslink trains through London stopping at Blackfriars, City Thameslink,  Farringdon and St Pancras. All stations are in Zone 2 and an annual railcard to Zone 1 costs £1,284. Massive 18-bus routes run through Brixton town centre travelling to all the major rail stations, Oxford Circus, the City and South Kensington.

Brixton is now a popular area with young professionals working in the West End or City, many of whom, according to estate agent Ani Alia from the local branch of Foxtons, are buying their first home with help from their parents.

Young sharers like Brixton, especially houses within easy walking distance of Brixton tube station. Alia says people are moving over from Clapham, but also from areas such as Islington and Shoreditch to experience a different neighbourhood.

Strangely, much of Brixton falls into the SW9 Stockwell postcode; the rest is in the SW2 Brixton postcode that spreads south to Tulse Hill and Streatham Hill.

Trinity Gardens and the roads west of the town centre south of Acre Lane, such as Hayter Road, Winslade Road, Winterwell Road and Haycroft Road.

The roads off Coldharbour Lane around Loughborough Junction are fast catching up with the rest of Brixton.

Brixton offers scope to move up from a one or two-bedroom flat to a house, but some families find they can’t afford the jump and move further into the suburbs to find a family house and a wider choice of schools. 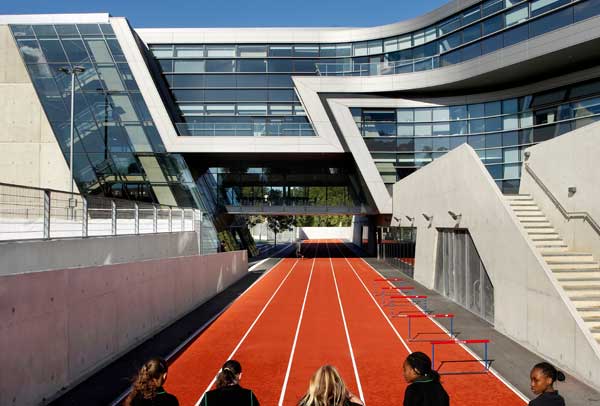 Many of Brixton’s council estates are being torn down and rebuilt. The Junction (www.thejunctionsw9.co.uk, 0844 809 2027) and Park Heights (www.parkheightssw9.co.uk, 0844 809 2026) are part of the rebuilding of the Stockwell Park Estate by Community Trust Housing, part of housing association Network Housing Group. The Junction on the corner of Stockwell Park Walk and Brixton Road behind the famous Brixton Academy has 92 one and two-bedroom flats containing a mix of tenures.

For example, one-bedroom, shared ownership flats are available for £168,500 for a 50 per cent share of a flat with a market value of £337,000. Park Heights on Robsart Street overlooking Slade Gardens is a 20-storey block with 159 (84 affordable) that launches in April.

Durand Academy (co-ed, ages three to 18) in Hackford Road, Stockwell, is a state all-through school, with a weekly boarding school in Midhurst from ages 13 to 18 that opened in September; the school is judged to be “good”. There are two recently opened comprehensive schools: City Heights (co-ed, ages 11 to 18) in Abbots Park and Trinity Academy in Brixton Hill.

Herne Hill School (co-ed, ages three to seven) in the Old Vicarage in Herne Hill is a private pre-school and pre-prep school that acts as a feeder to the three top private schools in Dulwich: Dulwich College (boys, ages two to 18); James Allen’s Girls’ School — known as JAGS — (girls, ages four to 18) and Alleyn’s (co-ed, ages four to 18).

Leisure and the arts 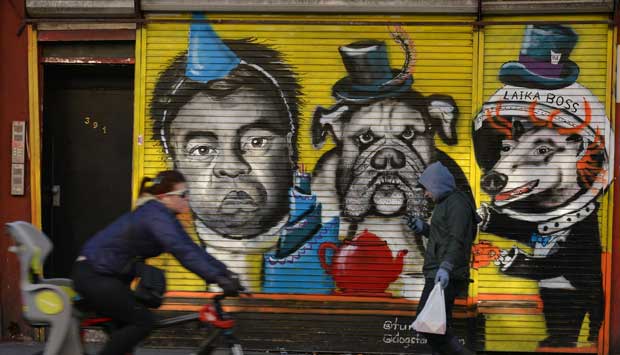 Brixton was once a major arts centre with music halls and a number of large theatres; the only one remaining is the Brixton Academy, now a cavernous — but with much of the interior décor still intact — music venue. Plan B, the Prince of Wales, with its rooftop bars, Jamm, the Windmill and the Hootananny are smaller music venues.

The Ritzy is the local multiplex cinema — part of the Picturehouse chain — where the  workers have recently won a battle for the London Living Wage. On the first weekend in August, Brixton Splash is an annual street festival celebrating local talent performing in the streets around  Coldharbour Lane. The Brixton Recreation Centre in Brixton Station Road is the local council-owned swimming pool.

The Black Cultural Archives (BCA) has recently opened in a renovated Georgian building overlooking  Windrush Square. Staying Power at the V&A until June 30 is an exhibition of photographs documenting the experience of Black people in Britain and is a collaboration between the BCA and the V&A.

Morleys is the much-loved local independent department store with a Topshop and MAC Cosmetics concession. The high street also has branches of M&S, Iceland, TK Maxx and H&M.

Brixton market stretches out along Electric Avenue, so called because it was the first market street to be lit by electricity. Here you will find everything from fruit and vegetables, to clothes and household items.

The interesting independent shops, cafés and restaurants are tucked away in adjacent Brixton Village and Market Row. Many of the restaurants such as wood-fired pizza makers, Franco Manca; burger joint, Honest Burgers; and Thai restaurant KaoSarn, which first established themselves here, have gone on to open other branches.

The hip cocktail scene is even creeping down Coldharbour Lane with the opening of Shrub & Shutter in a drab row of shops opposite Southwyck House, known locally as the Barrier Block, which was built facing away from the road when it was proposed, in the early-1970s, to drive the inner London ring road through Brixton.

Emy Gray has a brilliant eye for the slightly macabre and unusual in her shop Brixi, where she sells gifts, prints, and hand-made objects. But there are signs that the chain restaurants are moving in, with Wahaca opening in former Brady’s bar in Atlantic Road.

There is a farmers’ market every Sunday in Brixton Station Road and a night-time street food market in Windrush Square during the first weekend of the month.

Brockwell Park is south of Brixton in Herne Hill and offers a newly-built children’s playground. There is also the Brockwell Lido, one of London’s best-loved outdoor pools, two cafés, one in the Lido and one in Brockwell Hall, and some good views over London. It hosts the annual Lambeth Country Show. The event is so popular that the council was forced to backtrack on its plan to cancel the event in 2012.

Where did a moustache-hater leave his mark on Brixton?
Wealthy businessman Henry Budd built a mausoleum in memory of his father Richard Budd in the centre of Brixton in 1825. Many members of the Budd family are buried there. When Henry died in 1862, his will stipulated that if either of his sons Edward or William ever grew a moustache, they would sacrifice their share of the estate to the other. 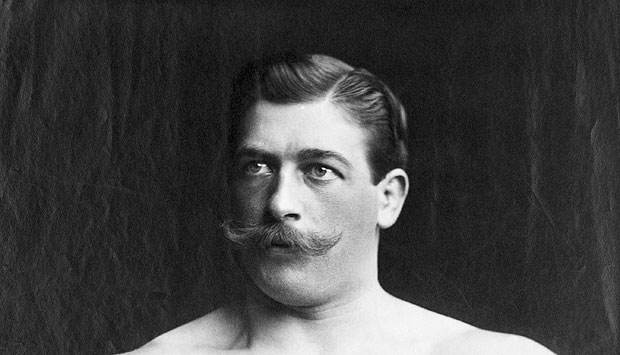 Why and how did Queen Elizabeth I travel to Brixton?
She came by boat up the River Effra, a tributary of the River Thames, to visit Sir Walter Raleigh who lived in a house in what is now Brixton. The inhabitants of Josephine Avenue will tell you that the oak tree outside number 40 is where the Queen and Raleigh liked to picnic.
Where does a skeleton stalk a Brixton street?
Nuclear Dawn is a mural on the side of a block of mansion flats in Coldharbour Lane opposite the entrance to Brixton Village. It features a skeleton stamping over a London scene that includes the Houses of Parliament and was painted in the early 1980s with an anti-nuclear message. It was one of a large number of murals, many still visible, that were painted in Brixton in the wake of the Brixton riots.