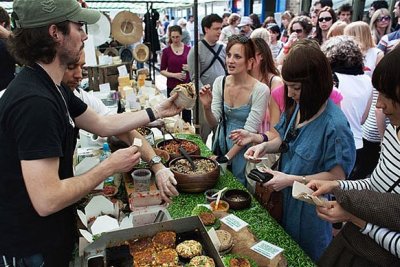 This may be the moment when the lost generation enters the housing market.

The arrival of the Help to Buy scheme is stimulating many first-time buyers and encouraging their parents to think this might be the time to help them get a foot on the housing ladder. In London, effervescent prices are pushing them into areas they would never have considered before.

Where are the exciting new frontiers in the capital? Research by Savills has cast a searchlight over London and found four out of five of the electoral wards with the biggest price rises, of up to 30 per cent in the £350,000 to £400,000 price range since 2007, are in Hackney. South-east London is also throwing up other hot spots.

Buyers are now prepared to move into areas they have never heard of. Michael McDermott and Catherine Pellegrino are typical pioneers. Both in their early thirties, they moved into south London's Telegraph Hill, Lewisham, earlier this year. They swapped a flat in Kennington for two floors of a large Victorian house with 10ft ceilings, three bedrooms, balcony and garden.

They will have paid around £430,000 for it, which would only have bought them two bedrooms in Kennington. "We didn't imagine we could get anything as big or as nice, and we didn't know the area existed. Now we feel very lucky to be here," says Michael.

The fastest-rising borough with four hot spots and restaurants and clubs springing up faster than you can count them. Top spot is Hoxton on the edge of the City, then Hackney Marshes and Victoria Park, where a seven-bedroom house can sell at £4m. Or Cazenove, north of Stoke Newington Common, where 25 per cent of residents are professionals, and the Clapton area around Lea Bridge, where the Lee Valley Park begins (which Savills says has seen 50 per cent increases since 2007).

"Hackney's popularity started with Broadway Market, which was the birth of 'Hackney Cool', which spread into London Fields and Wilton Way, creating micro-communities with their independent delis, shops and boutiques," says Natalie Hall of Fyfe McDade. Plus, there are plans to build a £100m fashion outlet in Hackney.

Overspill from: Blackheath and north London

"Telegraph Hill is a conservation area with a beautiful park at its peak, and incredible views," says Felicity Blair of Roy Brooks. "Many of the houses were constructed by the same builder so they are large and attractively uniform." She believes prices in this hot spot have risen 40 per cent in four years, including 15 per cent in the last year.

"Most of our buyers are from more expensive parts of London, often trading a two-bedroom flat for a four- or five-bedroom house," she says. Other attractions? Haberdashers' Aske's secondary school is highly rated, Goldsmith's College adds a touch of bohemia, and trains dash from Nunhead to Victoria, or from New Cross Gate on the East London Line to Shoreditch and Islington (change to the Jubilee for Canary Wharf).

The East London Line links Peckham Rye and Queens Road to Whitechapel, Hoxton and Highbury and Islington, and has brought buyers in droves. Jason Davis of Kinleigh Folkard & Hayward says prices on his patch have risen 30 per cent in the last year.

"We have seen a 70 per cent increase in first-time buyers compared to the same time last year, as we offer better value for money than Dulwich, Camberwell and Brixton," he says. Nunhead next door is now the place to find value.

Brixton arrived some time ago. According to Savills, second-timers move here from Clapham in order to find extra space or better value. Local agents say smarter properties have risen 25 per cent in a year. The attraction is the big buzz and the 15-minute tube journey on the Northern Line into London's West End. City workers now rub shoulders with avocado sellers and trombonists and the amazing Brixton market has become a mecca for food-lovers. The latest offering there is tellingly called Champagne and Fromage.

Incomers can swim in the Art Deco outdoor lido before heading to their desks for the day. In fact, life here is so good that people are now moaning about the loss of the old days.

Overspill from: Ealing and Chiswick

The hope value attached to the arrival of Crossrail in 2018 has brought investors and international buyers from China and Russia, according to Peter Ttouli of Haart. "We have more than 100 buyers on our books with at least £1m to spend in this very hot area," he says. One-bedroom flats now cost around £325,000, and three-bedroom houses £700,000. The Crossrail stop at Acton Mainline station should cut travel times to Bond Street to less than 10 minutes, and to Heathrow to less than 20 minutes.

High prices may cause a brain drain on the South East by pricing people out of the area, says research by Cluttons. "Anxiety over future price rises is one of the primary emotional drivers for those seeking to get onto the first rung of the housing ladder," says Sue Foxley, head of research. "Inevitably this will have a positive ripple effect on the rest of the UK as people move further out, creating more demand in surrounding cities."

The best city to be young in is Cardiff, identified in a report by the Legal & General. London ranks only 15th out of the top 20 cities. In Cardiff 18- to 30-year-olds interviewed were relatively happy in work, able to save each month, earn slightly above the national average and content with their work-life balance. Second after Cardiff was Coventry, then Newcastle and Liverpool.